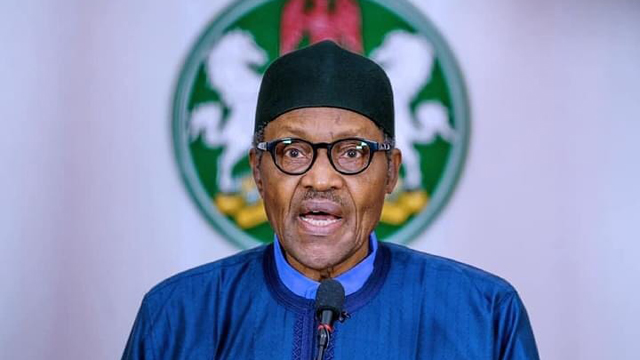 Senate Speaker Ahmad Lawan said the National Assembly will consider President Muhammadu Buhari’s loan request for the construction and rehabilitation of rail lines across the country.

Lawan, who said this on Friday when responding to questions from reporters in Abuja, said approving such loans would help finance critical infrastructure across the country.

While noting that Nigeria’s borrowing plan “is a necessary burden,” Lawan added that in order for the country to develop adequately, the National Assembly was considering two loan requests from the federal government.

â€œBefore us, in the Senate, two demands from the executive branch of the government; one is to build and rehabilitate railway lines to different parts of the country.

â€œThe other is to directly stimulate the economy; investments in agriculture and other real sectors of the economy, including mining, â€he said.

He noted that the loan applications also included an application for federally guaranteed loans for certain states.

â€œYet in order for us to develop the country, we need to build infrastructure. What do we do to raise funds; there are several ways to raise taxes; Can we afford that in the current situation of raising taxes to allow us to finance the construction of our infrastructure.

â€œSo what are the options. Definitely, this option is out (increase taxes).

â€œIn fact, what we have is not the kind of infrastructure that will boost our economy. So we can’t raise taxes, the option is to borrow and borrow responsibly, â€Lawan said.

The Senate Speaker further explained that before borrowing, the government must first identify critical infrastructure that could grow the economy.

Regarding the Twitter ban, Lawan said that â€œInformation and Culture Minister Alhaji Lai Mohammed has informed Nigerians that the government and Twitter managers are finding ways to resolve the issue.

â€œThat’s what we heard. And our belief is that Nigeria needs Twitter as much as Twitter needs Nigeria. Our expectation is that with the engagement between the federal government and Twitter, we will resolve the dispute between Twitter and our government.

Regarding better compensation for journalists, Lawan said that â€œif you feel very strong you can sponsor a bill in the National Assembly on it.

â€œAlso remember that most media houses are private. But still, if you think you’re not getting a good deal, you can speak to our Ethics, Privileges, and Public Petitions Board if your employer isn’t giving you a good paycheck. And of course you know the risk.

â€œAnd I can assure you that the National Assembly will look into this. I’m not sure it’s passed, but we’ll look at it, â€he said.